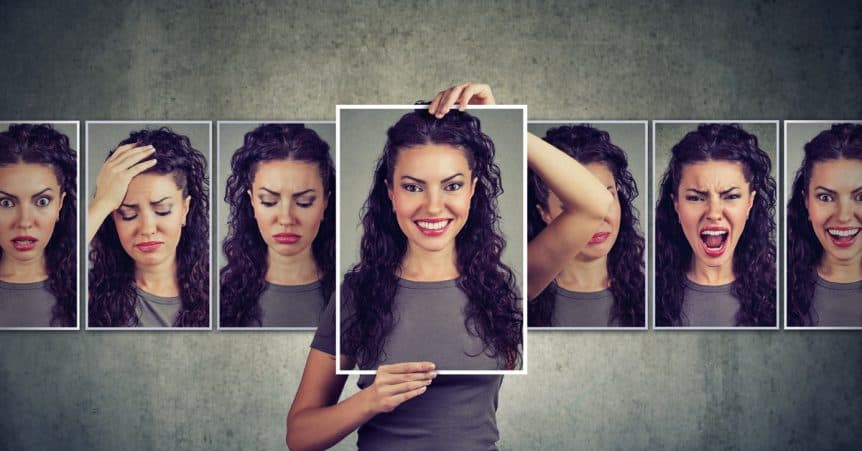 We’re not negative Nancies. In fact, as the authors of this post, we strongly believe in the undeniable power of positivity.

While there is certainly something to be said for having a sunny disposition on life, it’s also possible to overdose on the sweet nectar of platitudes such as “everything is awesome!”

This blog post will address the dark side of the “positive vibes” trend (called toxic positivity), how its overuse causes harm and leads to the very suffering it aims to quash.

Mark Manson, The Subtle Art of Not Giving a F*ck: A Counterintuitive Approach to Living a Good Life

What is Toxic Positivity?

We define toxic positivity as the excessive and ineffective overgeneralization of a happy, optimistic state across all situations. The process of toxic positivity results in the denial, minimization, and invalidation of the authentic human emotional experience.

Just like anything done in excess, when positivity is used to cover up or silence the human experience, it becomes toxic. By disallowing the existence of certain feelings, we fall into a state of denial and repressed emotions. The truth is, humans are flawed. We get jealous, angry, resentful, and greedy. Sometimes life can just flat-out suck. By pretending that we are “positive vibes all day,” we deny the validity of a genuine human experience.

Below are some common expressions and experiences of toxic positivity to help you recognize how it shows up in everyday life.

Why Toxic Positivity is Bad for Our Health

I’d rather be whole than good.

To force a positive outlook on pain is to encourage a person to keep silent about their struggles.

Most of us don’t want to be seen as a drag or “bad,” so when the choice is between A) be brave and honest or B) pretend like everything is going great, we might be tempted to adopt the latter.

Author and researcher Brené Brown teaches in several of her books, presentations, and interviews that the energy source of shame is silence, secrecy, and judgment. In other words, where there is hiding, secrets, and denial, shame is usually in the driver’s seat.

Shame is crippling to the human spirit and one of the most uncomfortable feelings we can feel. Often, we don’t even know that we are feeling shame.

If you can fill in that blank with ANYTHING, whether it be a situation, a feeling, or an experience there is a high likelihood that there is some shame around that.

Several psychological studies show us that hiding or denying feelings to more stress on the body and/or increased difficulty avoiding the distressing thoughts and feelings (see here, here, and here).

And guess what? The participants who suppressed their emotions (acted as if nothing bothered them) had significantly more physiological arousal (Gross and Levenson, 1997). The emotional suppressors may have appeared cool and calm but on the inside stress was erupting!

These types of studies show us that expressing a broad range of emotions (even the “not-so-positive” ones), having words to describe how we feel, and facial expressions to emote (yup that can mean crying) help us regulate our stress response.

When we don’t want to show a part of ourselves, we create a fake face or public persona for the world. That face can sometimes look cheery, with a happy smile, stating, “Everything happens for a reason, it is what it is.” When we go into hiding like that, we deny our truth. The real truth is, life can hurt sometimes. If you’re angry⁠—and the angry feelings aren’t acknowledged⁠—they get buried deep within our body. As described above, suppressed emotions can later manifest in anxiety, depression, or even physical illness.

It’s important to acknowledge the reality of our emotions by verbalizing them and moving them out of our bodies. This is what keeps us sane, healthy and relieves us of the tension caused by suppressing the truth. Once we honor our feelings, we embrace ALL of ourselves, the good, the bad and the ugly. And accepting ourselves just as we are is the path to a robust emotional life.

In denying our truth, we begin to live inauthentically with ourselves and with the world. We lose connection with ourselves, making it difficult for others to connect and relate to us. We might look unbreakable from the outside, but on the inside, we’re just scared little teddy bears longing for a hug.

Have you ever been around a sweet, sugary, “just think happy thoughts” pollyanna kind of person? How comfortable are you with spilling your guts about the deep emotions you’re feeling?

Even though that person might have the best intentions in the world, the message they are mindlessly sending is, “only good feelings are allowed in my presence.” Therefore, it makes it really difficult to express anything but “good vibes” around them. Consequently, you end up complying with the implied rules of, “I can only be a certain kind of person around you, I can’t be myself.”

The relationship with yourself is often reflected in the relationship you have with others. If you can’t be honest about your own feelings, how will you ever be able to hold space for someone else expressing real feelings in your presence? By curating a fake emotional world, we attract more fakeness resulting in counterfeit intimacy and superficial friendships.

Download this table as a shareable image!
GET THE SHAREABLE IMAGE

Being a healthy human being involves being conscious of ourselves and how we show up in the world. If you recognize yourself as a transmitter of toxic positivity, it’s time to cut it out. You’re hurting yourself and the people you care about most by insisting on this monochromatic mindset. Instead of practicing toxic positivity, aim for balance and the acceptance of both good and bad emotions rather than all-or-nothing thinking.

If you’re being influenced by toxic positivity, we encourage you to set healthy boundaries with anyone who passes judgment on your authentic experience and speak your truth. We get one chance at this beautiful, painful, imperfect life…embrace it entirely and you’ll reap the rewards of bountiful aliveness.

READ ALSO: What is Invalidation? 5 Things You Shouldn’t Say – a post with excellent information about how to be more validating to those you care about.

Samara Quintero, LMFT, CHT is a Licensed Marriage and Family Therapist and certified hypnotherapist at The Psychology Group Fort Lauderdale. She specializes in trauma, hypnotherapy, performance coaching, anxiety, and depression. Call (954) 488-2933 x7 or email today to discuss how her services can help you.

Quiz: Do I Have Anxiety?

Quiz: Am I Depressed?

Imposter Syndrome: We All Feel Like a Fraud Sometimes 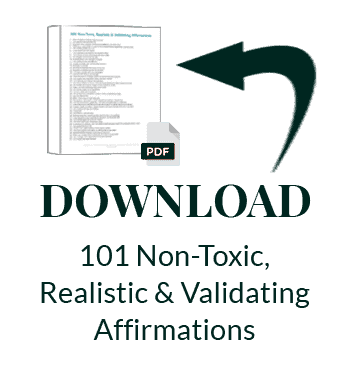